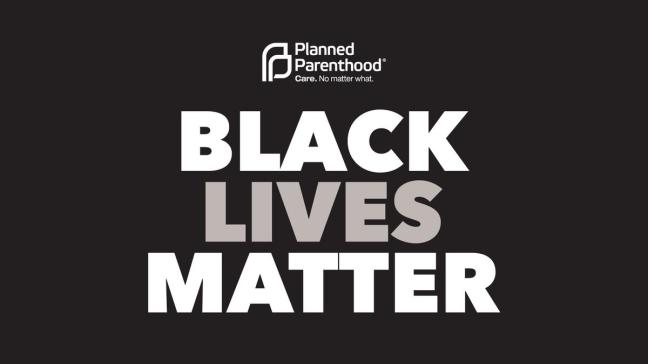 A couple of months ago, as the pandemic was beginning, there was a meme that I saw on social media probably dozens of times. I don’t know how you feel about memes. I usually love the ones that try to make me laugh. I usually hate the ones that try to make me think. Memes just aren’t a good medium for good, critical thinking. They’re often superficial and fallacious. This particular meme showed the number of COVID-19 deaths compared with deaths from other diseases. The point was to argue, I guess, that COVID isn’t that big of a deal. (One problem with the meme is that it couldn’t keep up with the rapidly growing number of deaths from COVID and was out of date almost as soon as it was posted online.) Many of these memes also included another statistic near the bottom: the total number of deaths from abortion in our country. The message was not subtle. Why do we care so much about COVID, but not about the massive loss of life from abortion?

My first thought when I saw this meme was that it kind of missed the point. I agree that abortion is a great evil, but COVID and abortion don’t really have anything to do with each other. COVID is an infectious disease with no cure spreading across the planet demanding urgent action. To throw in “what about abortion” is a distraction at best, cynical at worst. It uses the tragedy of abortion manipulatively.

So when I started to see a similar meme pop-up on social media in the wake of the death of George Floyd and the civil unrest that followed, I had the same reaction. The memes were comparing abortion numbers in the black community with other causes of death. The meme sometimes overtly said, “If black lives matter, then why don’t these lives matter?” At first glance, this seems like a giant red herring. It’s a distraction designed to silence the voices of those who are crying out for justice. The abortion conversation is for another day, not this day. Further, abortion memes often send a message blaming the victim. “You think police brutality is a problem? Look at what you’re doing to yourself!” There is a not-so-subtle racism to this message which we must avoid. When memes like this are deployed cynically, it degrades both conversations about abortion and black lives.

Upon reflection, I’ve reevaluated my first reaction. I can’t speak for the motivation of all those who posted these kinds of messages. No doubt many of them did it for less than honorable reasons. I can only hope that if you’re reading this, you’ll trust that my intentions are not cynical. I’ve still got a problem with the purpose and the content of most internet memes, but I have become convinced that we can’t have an intellectually honest conversation about systemic racism without addressing the abortion industry.

Systemic racism and the abortion industry

I was walking through Walmart recently. On the store intercom they had taken a break from their typical nondescript light rock to play an announcement from their CEO. The CEO was expressing his and Walmart’s commitment to the black community and to addressing systemic racism company-wide. I thought it was a fine and appropriate message. The protests sparked by George Floyd’s murder have led to thousands of conversations, big and small, about the presence of overt and implicit racism in our society. I’ve heard and participated in conversations about systemic racism not just in policing, but also in industries like retail, banking, higher education, and even professional sports. I’ve been heartened to hear so many pastors and evangelical leaders confess and repent of bias and racism both in the past and in the present. There’s no doubt that we’ve crossed some sort of tipping point.

This moment is not just about police brutality. It is about systems of injustice. This is what has led to CEOs making public statements and also to public demonstrations like the toppling of statues or the cancellation of Aunt Jemima. We are purging racism from our cultural system. It’s not my desire to adjudicate all the actions being taken. Some are well overdue. Some others, because crowds often act with the gut and not the brain, have gone in weird or over-the-top directions. But here’s my point, it is not a distraction to talk about the abortion industry in this moment. ALL industries are being scrutinized for how they might contribute to systemic racism. Why not the abortion industry?

When I was in college, I went to a basketball game at the University of Illinois. As I was walking into the stadium, I applied for a credit card I didn’t want or need because they were giving out free t-shirts with every application. This used to be a common practice on university campuses. For the credit card companies, it was an easy win. College students are suckers for cheap, five-dollar t-shirts. They also are notoriously bad with their finances. It was a predatory practice that has since come to an end. I’ve always hated the pay-day loan industry for similar reasons. They move into cities and prey on the poor with quick, high-interest loans. Professing to provide an essential service, they actually contribute the ongoing problem of poverty. Despite the anecdotal good that they may sometimes do, they are inherently unjust.

What does this have to do with the abortion industry? I see the abortion industry as similarly predatory and inherently unjust. Around 78 percent of surgical abortion clinics are located within walking distance of a majority minority community. This number is sometimes disputed, but what isn’t disputed is that abortion disproportionately affects the black community. Black Americans account for around 12 percent of the population but account for 35 percent of the abortions. We have been alarmed to see COVID disproportionately affecting black communities. According to the CDC 33 percent of hospitalized patients are black. In a city where 29 percent of the population is black, over 70 percent of the COVID deaths in Chicago have been among African-Americans. This disparity has raised a lot of questions and a lot of alarms. Rightfully so. Why continue to ignore the alarms in racial disparity regarding abortion?

Margaret Sanger, the founder of Planned Parenthood, had an affinity for eugenics. Her abhorrent quotes regarding the need to weed out unfit races with selective birth control are famous. It’s amazing to me that we are having conversations about removing Abraham Lincoln statues, but the queen of racial eugenics remains uncancellable. She even has puff pieces written by prominent news organizations defending her virtue. If the circumstances regarding the founding of Planned Parenthood are not enough for us to recognize its roots in systemic racism, what about these statistics? According to the CDC, almost half of all pregnancies among black women result in abortion. Among white women the number is around 16 percent. In New York City, there are 1,180 abortions for every 1,000 live births among African-Americans. Since 1973, nearly twenty million black babies have been aborted. That’s almost half of the total population of African-Americans in the United States today.

The abortion industry, Planned Parenthood in particular, are wolves. If disparate statistics like these were discovered regarding any industry other than abortion, there would be a national outrage and universal calls for investigations and tribunals. Instead, we must never even talk about the issue. Why?

Abortion is a fashionable injustice. It’s virtue has already been decided at least by progressives. Therefore, it can never be regarded as a part of the problem. White progressives will march side-by-side with African-Americans decrying every form of injustice, past and present. But not a word will be said about the systematic elimination of an entire generation of African-Americans. No, they might even defend it as a public good, using different words, but the same sentiment as their founder. They can’t even hear the condescension and paternalism in their own voices when they talk about how these communities need abortion.

A note to my evangelical friends

I often send my posts to friends before I make them public. I’ve found this really helps to refine my thoughts. A friend responded to this post by pointing out that evangelicals often use the issue of abortion as a shield. We hide behind the issue to protect us from other uncomfortable and complex realities. In a world where moral clarity is sometimes hard to find, abortion provides for us a refuge. “At least we know for sure that abortion is wrong.” We then add the post-script (often unsaid): “And anyone who supports abortion must also be wrong about everything else.” This can give us a sort of self-righteous satisfaction if we aren’t careful. It can also turn extremely complex issues – like racial injustice – into ridiculously simple issues. The one way that this post can go dreadfully wrong is if we use the issue of abortion as a shield protecting ourselves from any sort of self-reflection or change in regards to race. Make no mistake, this post was challenging the systemic racism of the abortion industry, but we all have our work to do. Specifically, it would be good for each of us who call ourselves evangelical to reflect on how we can positively contribute to a culture of life and flourishing in all communities, but especially among marginalized communities.