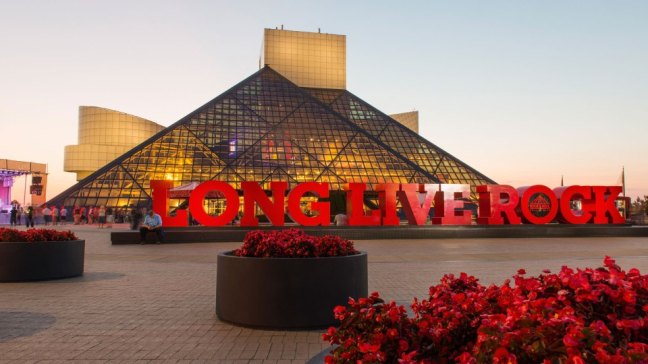 When I say “Culture War,” what comes to mind? I think of the Rock and Roll Hall of Fame. Several years ago I was in Cleveland. Did you know a person is legally required to visit the RRHOF if visiting Cleveland? As you walk into one of the exhibits, you are greeted by a bank of televisions broadcasting in mostly black and white. Each television is playing looping videos of angry preachers with bad haircuts and cheap suits decrying the great moral evils of rock and roll music. It is a not-so-subtle lampoon. The silly, morally panicked preachers are displayed as trophies, heads mounted on the walls of this temple to rock music. The theologian/preacher in me stood for a moment and payed homage to these preachers, listening to their messages. Despite being a bit over-the-top, I had to admit that they weren’t completely wrong. Listening to the filth that has become commonplace in the music landscape, it’s hard to make the case that music hasn’t encouraged moral degradation in our culture and especially in our youth. If you think I sound old fashioned or alarmist just remember that a song about female genitalia spent four weeks at the top of the charts in 2020. Hard to believe that in the 1950s there was concern that Elvis’ hips were dangerously mobile.

The culture war describes the efforts of Christians to create or safeguard a culture that encourages virtue and sanctity. Related but distinct from the Church’s mission to “make disciples of all people,” the culture war focuses on bringing God’s kingdom to this world. Sometimes this culture war is explicitly in regard to Christian message and practice. When this is the case, the culture war tends to be defensive. When it is believed that our rights to practice our faith in peace are being threatened, Christians have engaged in a culture war to protect those rights. Some of the lawsuits that are now pending in regards to the so-called “Equality Act” fall under this category. But, as I mentioned above, the culture war is more often about creating a culture that is virtuous and protects those things which are sacred. Going to war against rock music is not about making disciples as much as it is about conserving virtue.

The RRHOF also illustrates the embarrassing reality that Christians are consistently the losers in the culture war. We may win a skirmish here or there, but even our successes end up being temporary. The currents of the culture are just too strongly in favor of vice. Reversing the flow appears to be a fool’s errand. It’s not much of a surprise then that much of the culture war from the 80s and 90s has been replaced with the defensive posture of some conservative evangelicals (Benedict Option) or the aggressive strongman posture of Trumpian evangelicals (He’s imperfect, but he fights!). Of course there are others who advise that it would be best for the Church and maybe even for the culture if Christians withdrew from the culture war altogether. Fighting a culture war is a needless distraction and an embarrassment. It’s also counter-productive. Jesus is not best served when Christians engage in cultural hostility.

Despite having good intentions, this surrender in the culture war is misguided. Fighting a culture war is not optional for a devoted follower of Jesus in this world. I had a professor once define conflict as the state where two things are attempting to occupy the same space at the same time. Given that definition, Kingdom people will naturally find themselves in conflict with the kingdom(s) of this world. Culture is simply the place where our faith is lived out. Privatizing faith to the extent that it has no bearing on our lives in the public square is a type of discipleship that is completely foreign to the New Testament. Even the Christian who chooses to completely withdraw from the culture like the Amish or the hermit is engaging in a sort of war against the culture. He’s just choosing to fight in a different way than the fire and brimstone preacher droning on and on about the evils of Elvis Presley. Wendell Berry was a culture warrior and so was James Dobson. The third grade teacher praying silently before class and the activist taking to the streets are both engaging in cultural protest. The Good Samaritan was a culture warrior and so was the apostle Paul ascending the Areopagus. I just don’t know of a way to follow Jesus in this world without engaging in cultural protest and even cultural warfare. Consider these passages:

Many more verses could be added to the list, but hopefully you get the point. Following Jesus in this world will inevitably bring us into conflict – a conflict serious enough to be labelled a war or a battle. Arguably the most counter-cultural text to be found in the New Testament is Matthew 5-7 where Jesus says, among other things, to seek first his kingdom and his righteousness. A culture which is aligned towards seeking out the things of this world first will certainly find it strange and perhaps even offensive for a person to question and then reject that way of life. You simply cannot attempt to live out the words of the Sermon on the Mount without being drawn into a conflict; a conflict fought not just in the human heart but also in the public square.

*I was reflecting tonight on Paul’s admonition in 1 Corinthians 8 concerning food sacrificed to idols. This was apparently an issue being hotly debated in the church. It seems, however, that this “culture war” was actually a distraction from the serious sexual immorality that we being practiced and even encouraged in the church.

One thought on “Yes to the Culture War”