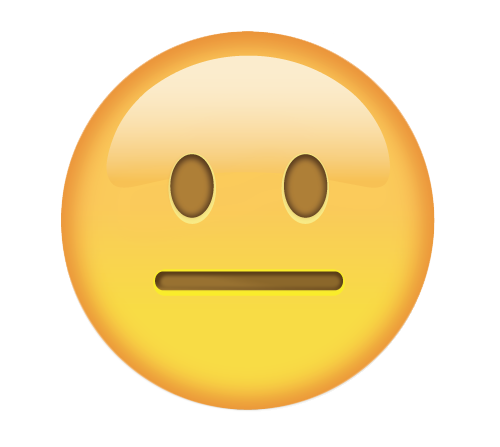 20 years ago a quirky, infectious, and relatively unknown Italian actor named Roberto Benigni won the Oscar for best actor. He shockingly beat out Ian McKellen, Tom Hanks, Edward Norton, and Nick Nolte (!) to win the award. He won the Oscar for his role in the World War II film Life is Beautiful. Not only was the actor quirky, the film was equally quirky. The film was about an Italian Jewish family ripped apart by the horrors of the Holocaust, but what made it unique was the comedic tone that the film stubbornly held on to.

Central to the plot was the relationship between a father (played by Benigni) and his young son. Finding themselves in a concentration camp together, the father recognizes that his son’s only chance for survival is if he convinces him that he is actually participating in an elaborate game. This requires that the father maintain a certain light-hearted and at times goofy optimism in the face of what was certainly abject horror. The father maintains the illusion even up to the final moments of his life as his son watches on. You can watch one of the final, heart-rending scenes here:

Critics might say that such a tone for a movie about the Holocaust is completely inappropriate and even problematic (to use a favorite contemporary word). Holocaust movies should be austere, serious, and maybe even black and white like Schindler’s List which came out not too many years before. But Life is Beautiful forces us to ask an important question. Why should horror get the last word? Should a father’s last gift to his son be a gift of terror and fear? Especially for those of us who take James 1:2 seriously, why should horror get the last word and not joy?

I remember in those days and weeks immediately following September 11, we didn’t much care to laugh for a while. It felt irreverent. Like laughing at a funeral. But eventually things returned to something approximating normal. There was that first episode of Saturday Night Live when Lorne Michaels asked mayor Rudy Giuliani whether it was okay to be funny again to which the mayor quipped “Why start now?”

Many are lamenting that we seem to have all collectively forgotten how to laugh once again. Jerry Seinfeld and Chris Rock won’t play college campuses because in their opinion college students have become too politically correct to laugh. Kevin Hart was harangued into abandoning the Oscars because of old jokes judged to be in poor taste. The Oscars will be without a host this year in part because no comedian wants the headache. Dave Chappelle is talking about giving up comedy altogether. Late night hosts like Colbert and Kimmel have become more interested in political commentary than laughs. Classic shows like the Office and Friends have been posthumously judged to be problematic – the kiss of death in our too-nervous-to-laugh culture. The Simpsons has stopped being problematic, but it’s also stopped being funny. Actually it turns out that pretty much every show you’ve ever laughed at is likely homophobic, racist, or some combination of the two.  Hyundai made one of the very few decent commercials during this last Super Bowl and immediately had to apologize for offending vegans – a group universally known for their wit and sense of humor. Laughter has become a problem.

Like a fun house mirror, comedy exaggerates what is small and minimizes what is big. Comedy prods and pokes at our collective sensitivities. The comedian invites us to take control of those things (or people) that attempt to control us through power of laughter. There is something liberating about learning to not take yourself or your circumstances so seriously. There’s a release that comes only with laughter.

But there are many who can’t find much reason to laugh. Our sensitivities have become too sensitive to be poked and prodded. Power is too ominous and threatening to be dismissed with a joke. There is too much injustice. There is too much abuse of power. These are serious times that demand serious comedians – the type of comedians who don’t even care to be funny. Nanette Gadsby is really the perfect comic for our time. We live in a time of fear – fear of offending the wrong group, fear of not knowing who is the wrong group today, fear of not being woke, fear of online mobs of the aggrieved. And a comedian who is afraid isn’t going to get very many laughs.

I have seriously conflicted views about this topic. No one should be considered a prude or a scold for not laughing at every joke. Some of what passes for comedy is simply vulgarity. Much of comedy is debasing and doesn’t deserve our laughter or applause. I recently turned off an Adam Sandler special on Netflix. I tried watching it because I vaguely remember a time in the 90’s when Sandler was one of the funniest people on the planet. His Netflix show, however, didn’t make me laugh. Its vulgarity made me groan as I quickly turned the channel to something else. The reason I didn’t find it funny is because I have been socialized (and I also hope to say I’ve been sanctified!) in such a way that what makes other people laugh may often repulse me.

I do believe that it would do wonders for iGen to learn to take themselves a little less seriously. My goodness. It’s not healthy to be always primed for the next outrage. It’s not healthy to painstakingly litigate every joke ever made before we can allow ourselves a good laugh. And when someone does screw up and tell what you judge to be a bad joke, it’s not healthy to descend into hand-wringing hysterics instead of just turning the channel. But I also have some sympathy for the average iGener who is repulsed by the non-politically correct comedy that made previous generations laugh. They’ve been socialized in a very different way. This generation has come to expect that issues like race and sexual identity are handled with care not with the casual “I didn’t really mean anything by it” racism or homophobia that used to characterize comedy. I wouldn’t expect this generation to laugh at the same things my generation laughed at any more than I would expect Gen-Xers to all of a sudden find Bob Hope to be hilarious. The difference I suppose is that many in this generation don’t just finding certain comedy unfunny. They find it immoral. There are some who have become secular Puritans in regards to humor.

But it’s not really the death of comedy that I’m concerned about. It is the death of joy. I worry that a generation that finds it hard to laugh is also a generation that is finding it harder and harder to experience true joy – a joy inspired and fueled by resolute hope. There are reasons for anxiety and fear I suppose. We must hear all about them relentlessly. Injustice. Climate change. Racism. Sexism. Build a wall! Don’t build a wall! Income inequality. North Korea. Russia. The robots are taking over. Millennials are killing…everything! And have you heard who is in the White House?! Blah. Blah. Blah.

These reasons for fear don’t rise anywhere close to the realities faced by Benigni’s character in Life is Beautiful (even though some people, let’s call them “lunatics,” would like to have you believe that you are literally surrounded by Nazis every day). But the lesson learned from the movie is that fear and horror don’t deserve to have the last word. The only way to survive and thrive is when we have the courage to allow joy to have the last word. Fear need not control us. Joy pushes back fear.

But for those of us who follow after a resurrected Lord, our joy is not a “laughing into the void.” We only have a gallows humor because we know the secret that the gallows are not the end. There are few things more obnoxious and disappointing than an always sour Christian. How can our hope do anything other than bubble up in rejoicing even in the midst of trial or fear? I can’t resist closing with Chesterton who I consider to be more of a jester than a prophet. He pointed out that “Joy, which was the small publicity of the pagan, is the gigantic secret of the Christian.”