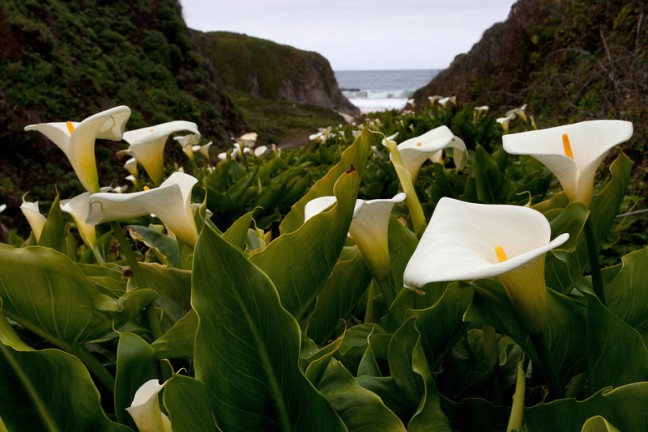 “Keep his mind on the inner life. He thinks his conversion is something inside him, and his attention is therefore chiefly turned at present to the state of his own mind–or rather to that very expurgated version of them which is all you should allow him to see. Encourage this. Keep his mind off the most elementary duties of directing it to the most advanced and spiritual ones. Aggravate the most useful human characteristics, the horror and neglect of the obvious. You must bring him to a condition in which he can practice self-examination for an hour without discovering any of those facts about himself which are perfectly clear to anyone who has ever lived in the same house with him or worked in the same office.”
― C.S. Lewis, The Screwtape Letters

Lewis recognized the danger. It seems so counter-intuitive to say it – especially today. Most of us have come to simply take it as a given that the shortest path to truth is through introspection, what Lewis (in the mouth of the demon Screwtape) labels “the inner life.” We live in an era when it has become axiomatic that truth claims should be received with suspicion. No, it is best, we are told, to live our truth, to follow our heart, and to trust our feelings. No other person has access to the way that I feel. My feelings are above reproach or reproof. How many conversations today reach the terminal point of one or the other person announcing, “Well, that’s just the way I feel”? The way I feel is the truest thing about me, and so, the best course of living is to work outward from my feelings as the foundation. The children of Descartes in the new millennium have been taught to live by the creed, “I feel, therefore I am.”

But ultimately such a creed is extremely harmful to our well being and development both individually and culturally. The inner life is a wonderful thing as long as there is a door in the room that stands open. It becomes a destructive and perhaps even a deadly thing if the door to the inner life is locked from the inside.

In The Coddling of the American Mind, the authors argue that there are three great untruths that are being told to young people. These untruths are actually setting them up to fail, or at least to not reach their full potential. The first untruth is the untruth of fragility. I wrote about this first untruth in my last post. The second untruth they call the untruth of emotional reasoning. It is the untruth that says it is best to always trust your feelings.

It is no secret that this generation of young people is experiencing alarming levels of depression and anxiety. The cause of this spike in mental unhealth is multi-faceted, but the authors point out that most mental health issues are characterized by cognitive distortions. They mentioned Aaron Beck, a psychiatrist at the University of Pennsylvania, who noticed a common pattern of beliefs in people struggling with depression, which he called the “cognitive triad” of depression: “I’m no good,” “My world is bleak,” and “My future is hopeless.” These are cognitive distortions which, if the person is to recover from depression, must be challenged and corrected. The authors spend a good amount of time in the chapter talking about the benefits of cognitive behavioral therapy (CBT) in overcoming cognitive distortions. CBT is basically the practice of interrogating your thoughts and feelings. It places a person’s feelings under scrutiny. CBT doesn’t deny that feelings are real. It simply denies that they are always telling the truth. A person’s feelings don’t tell the whole story. A door to the inner life must be opened up.

But rather than becoming serious about questioning our feelings, this generation is being told to always trust their feelings. Whatever you feel is your truth. In this way, we are encouraging harmful cognitive distortions. The authors point to microaggressions as one very prominent example. A microaggression, as opposed to a full-sized aggression, is a subtle, oftentimes quite unintentional snub or insult of a person or a group. The problem with microaggressions isn’t that they don’t exist. They do exist. We all fall prey to subtle biases in different ways and to different degrees. The problem with microaggressions is that they signify what the authors call the “triumph of impact over intent.” What is true isn’t what you intended. What is true is only how you made me feel. So, rather than subject these feelings of offense to critique and give people the benefit of the doubt, it is simply taken for granted that one person has been victimized by another. This microaggression culture of suspicion is actually being encouraged and enforced (by Orwellian “Bias Response Committees” like this one) on most college and university campuses. This kind of cognitive distortion is toxic for both mental and community health. “Teaching people to see more aggression in ambiguous interactions, take more offense, feel more negative emotions, and avoid questioning their initial interpretations strikes us as unwise to say the least. It is also contrary to the usual goals of good psychotherapy.”

Unfortunately, a great many people have come to see faith primarily in terms of feelings. Faith is about how you feel – how you feel about God, how you feel about yourself, how you feel about the world, etc. This move has some of the same advantages as the move towards feelings in general. If my faith is about my feelings, then it is unassailable from any outside attacks or challenges from those pesky skeptics. But it also makes your faith publicly irrelevant and personally capricious.  It’s also a shame because biblical faith isn’t a way of feeling. Faith is a way of thinking. Quite often in fact, it is the knowledge of faith that challenges and critiques a person’s feelings in scripture. I suggest that the alternative to this second great untruth is faith. Christian parents, youth workers, and students should resist the cultural move towards emotional reasoning and instead embrace the life of a thought-full faith.

In Luke 12, Jesus is addressing this very contemporary topic of anxiety. He says that rather than being overwhelmed by anxiety, his followers should consider the ravens of the air and the lilies of the field. If God can take care of them, surely he can take care of you as well. The Greek word translated “consider” is katanoeo. It means to have a change in perspective, to divert your attention from one thing and instead to carefully consider something else.

The word is used two times by the author of Hebrews. In Hebrews 3:1, we are told to “fix our thoughts” (katanoeo) on Jesus. In Hebrews 10:24, we are told to “consider” (katanoeo) how we may spur one another on to love and good deeds. The book of Hebrews was written to an anxious people who were flirting with falling away from their faith. So the author responds by prescribing a type of CBT. “I know you are anxious, but have you considered Jesus? In the midst of your fears, have you remembered who he is and what he has done?” “I know that you are struggling, but I wonder if you have stopped considering others. Perhaps in considering others, you might find some help in your own anxiety.”

I’m not naive enough to say that there are easy fixes to mental health issues. But I think there is some wisdom here. What Hebrews (and Jesus) seem to be saying is that in the midst of anxiety it benefits us not to dwell on how we are feeling. How we are feeling may be a cognitive distortion and to dwell on it will almost certainly make it more overwhelming and hopeless. Instead, in the knowledge of faith, divert your attention and carefully consider Jesus and others. It is the open door to the inner life.

2 thoughts on “faith and feelings”