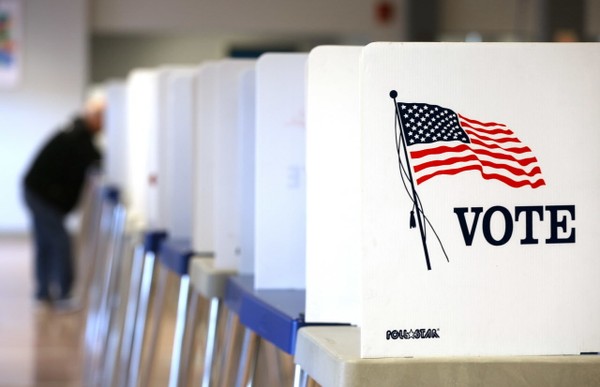 This is my third and final post on politics and theology. There is so much more to be said about the topic, and Google knows that there are so many who have said so much more about the topic. It seems to me that much more than three posts on any topic might open me up to the charge of actually claiming to know something.

In my last post, I addressed the question whether or not Christianity is political. In this post, I want to turn my attention to Christian participation in politics. Of course, “participation in politics” is very broad. To some people it might mean public activism. To others it might mean something as basic as voting or going to a school board meeting. Some participate in politics by running for office. Others participate in politics by yelling at their congressman while he’s eating dinner. Basically, participating in politics starts at voting. In our system, this is the basic level of individual agency. One person = one vote. Any activity beyond that is an attempt by the individual (or common interest groups) to increase their agency. This would culminate in actually running for and winning public office. This would be the maximum level of agency (unless you’re the cynical type who believes that shadowy corporations actually pull the levers of politics behind the scenes, but even these groups need the politician in order to be effective). So when I say “participate in politics” I have in mind this full spectrum from voting to serving.

There were several questions on the survey that addressed this question.

The overwhelming consensus was that it is not problematic for Christians to participate in politics even to the extent of serving in public office. The next question addressed a similar point. Since we believe that God is already at work in the public realm, there is no good reason not to participate in that work.

When I framed the question a little differently however, the results weren’t quite as uniform.

This question is really getting at the issue of priority. Yes, participating in politics at some level is acceptable and maybe even virtuous. But at least to some people, it can become a negative distraction away from the primary mission of the church. Some politics seem to be good. Too much politics is toxic. Progressives were much more likely to disagree with the above statement than any other group. Progressives would seem to believe in more overlap between the ministry of the church and the political realm. It would seem, at least based on these limited results, that conservative Christians are more likely to believe that politics might distract from the ministry of their church.

As an aside, I’ve heard a common complaint among progressive Christians that the church is much too “Republican.” That may be true in some parts of the country, but not in others. But I’ve got issues with anyone complaining that the church is full of too many of this party or that party. That’s usually just an excuse to self-righteously complain that the people in my church are not as enlightened as I am. It also puts partisan politics, uncomfortably, into the realm of discipleship since the implicit assumption is that true Christians should be of a certain political party.

With it generally established that Christians may participate in politics, there were a handful of questions dedicated to the issue of how a Christian or the Church should participate.

The last question I wanted to highlight picks up on this same theme.

Nicholas Wolterstorff and Robert Audi debate this last question in this book. Audi essentially agrees with the statement. In a pluralistic society, Christians should have at least one “secular” justification for any public policy. A Christian shouldn’t work for any public policy that doesn’t have any sort of secular rationale. Wolterstorff argues the other side. His argument is fairly simple. For a great many people their religion is not about something other than their social and political existence; their religion is absolutely about those things. Muting those people and their reasons in the public square is illiberal. Further, so-called secular perspectives very often have a type of religiosity to them. Who determines which religious perspectives are allowed in the public square? Wolterstorff argues that only three restraints are needed: the manner of the political discussion, disputes should be resolved in accord with the rules of the land, and the goal should be political justice and not the achievement of one’s own interests. As you’d imagine I side with Wolterstorff on this question, which isn’t to say that the question is a simple one. Every person who is tasked with governing must learn to navigate the tension between a lot of different interests from a lot of different constituencies. But at the end of the day, when it comes to acting in the political arena, why would we expect Christians to operate as anything other than Christians? If we believe in a gospel-shaped version of human flourishing, why would we vote (or govern) against that vision?

What do you think? Do you agree? Do you not? Let me know.