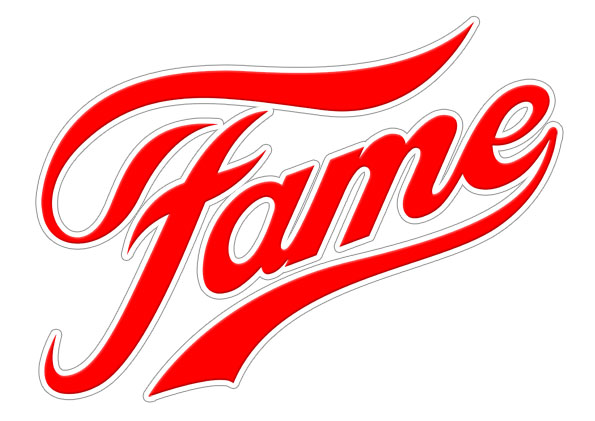 I started this blog almost exactly one year ago. I started it primarily because I needed some sort of creative outlet and a way to untangle my own thoughts. If anyone actually read it and was blessed by it, that would be a bonus. Many of you have read it and shared it with others, and I am thankful that you would take any time out of your day to consider my thoughts on anything.

I’d like to say that I have something deep, and important, and earth-shattering to post on my one year anniversary, but instead I want to untangle my thoughts about YouTube. Actually, I want to untangle my thoughts on fame, but with kids of a certain age (like my youngest daughter) fame and YouTube are often in the same sentence. I recently asked my daughter Ryane what she wanted to be when she grew up and she said “a YouTube star.” It shouldn’t have surprised me. As much as 75 percent of kids aged 6 to 17 want to be famous on the Internet.  I know this is just me being a curmudgeon. I know that an 8-year-old in 2018 saying she wants to be a YouTube star is similar to an 8-year-old Chad telling everyone he was going to be the next Walter Payton. But still.

Platforms like YouTube have brought fame suddenly within reach. I think I always knew even as a kid that becoming the next Walter Payton or Michael Jordan was sheer fantasy, but now, all I have to do is make a video that goes viral and suddenly everyone knows my name. I wonder if there has ever been a generation more interested in becoming famous than a generation that has grown up watching screens. For some kids the interest in becoming famous has morphed into an unhealthy expectation. Every picture on Instagram, every tweet, every YouTube channel is a clutching after even small-time fame. If you spend any time at all on social media, you will immediately recognize the rush that comes with getting 200 likes on Instagram. Conversely, we’ve all felt the disappointment that comes along with posting something online (maybe even a blog) that not even your own mom likes or shares. Social media has artificially mutated our very natural desire to be known, affirmed and loved. (As an aside, I’ve been reading a lot about the recent spike in suicides, and while it is a complex problem with multiple causes, I do wonder if an affirmation addiction among those growing up on screens is providing fuel.)

With all of this being said, it seems like a good time to stop and think about what really should constitute fame. So I did what any good Director of Learning Assessment would do on a Saturday. I created a rubric. (You don’t know how sad that last sentence makes me. I just sprained my eyeball muscles from rolling them too hard.)

The cause of fame

There are basically two different causes for fame: uncommon virtue and uncommon vice. People in the second category used to be called infamous. Now they are just called Kardashians. Unfortunately in a fame obsessed culture, the cause of fame has stopped mattering in the way that it used to. In fact, uncommon vice is often the path of least resistance. See Logan Paul as a great example. Or, see Donald Trump. There was a time when the President was regarded as a standard for virtue in American culture. Whether or not that was ever actually the case is not really the point. The point is that you could not get elected President if you weren’t at least putting forward a public face of virtue. Donald Trump has completely turned that on its head. He is our first famous President, and even his supporters must admit that he’s mostly famous for his vice than his virtue.

The effect of fame

Fame has at least two distinct effects. Fame can either inspire or entertain. Fame that merely entertains is the junk food of fame. There is little staying power in this kind of fame. But fame that inspires and captivates the imagination is the type of fame that becomes intergenerational. This is the difference between U2 and the Spice Girls. (By the way, is it possible to have a better example of the difference between fame and entertainment than to compare 1987 to 1997?) This may also be the difference between Beyoncé and Taylor Swift. I’m not a big fan of either to be honest, but it does seem that while Swift may actually be more effective as an entertainer, she hasn’t inspired or captivated a generation like Beyoncé. It’ll be interesting to see who we are still talking about 20 years from now. True fame transcends the moment and rises above simple entertainment.

The context of fame

Fame is either the result of circumstance or  discipline – or a combination of the two. A concert pianist may become famous because of unusual skill and discipline, but she’s also benefited from excelling in certain circumstances. LeBron James is the same way. He’s famous because of skill and discipline, but he also won the genetic lottery. Discipline seems to be the higher value when it comes to fame. The pianist is worthy of more renown than the high school basketball player who happens to throw in a game winning, full-court heave. But it’s not always easy to decide which is more worthy. What about the difference between a fire fighter who through years of training and experience routinely runs into burning buildings versus the elementary school teacher who without training runs into a burning building to save her neighbor? Both have the virtue of bravery. One is “just doing his job” while the other acts impulsively without training or knowledge. One performs acts of heroism every day, but is the other’s lack of preparation actually grounds for greater fame? Most people probably don’t care about such a distinction, but these are the type questions that untangling my thoughts sometimes lead to.

The importance of fame

The distinction here is more simple. Is a person motivated to act by the prospect of becoming famous? Or, is fame simply a consequence of a person’s actions? Generally speaking, the person who is motivated by fame is less worthy of fame. A person like Steve Jobs is more worthy of fame than a person like Omarosa not only because of the disparity in the actual accomplishments but also because of the motivations involved. A reality TV personality is motivated only to become famous. That is the desired end. To the authentically famous, fame is never the desired end. It is simply a consequence of accomplishment.

The most famous person in the world

Now that I’ve come up with this rubric, I think I’ve determined who is (or at least should be) the most famous person in the world.

The person most worthy of fame according to Chad’s scientific criteria is the recently departed Billy Graham. Think about it. He became famous as a person of uncommon virtue. He went out of his way to avoid scandal and controversy. He lived humbly. He worked tirelessly. He spoke to millions of people from the smallest to the greatest not because he was flashy but because of his virtue. The effect of his fame was certainly inspirational. He was only minimally entertaining as a public speaker, but as a source of encouragement and inspiration there were few that were his equal. His fame was also far from circumstantial. Yes, he did benefit from certain circumstances that others may not have, but his ministry took place over decade after consistent decade. His fame was the result of a long obedience in the same direction. Lastly, Billy Graham was far from motivated by fame. In fact, there is good evidence that his fame was rather embarrassing and not altogether important to him. His life was lived for a greater purpose than his personal renown.

So, there you have it. I can only hope and pray that my daughter and her generation ultimately will learn to aspire to the fame of a person like Billy Graham instead of the cheap fame of a YouTuber.

One thought on “the most famous person in the world”