Recently, our culture has become rather obsessed with turning “Merry Christmas” into some bizarre political football. This was the year where seemingly every issue or special interest quickly morphed into an obsession over night only to dissipate into vapor mere days later. In a year of the silly, ridiculous, and borderline insane the Trumped up “Merry Christmas” controversy of late 2017 might be the Trumpiest.

I just don’t care about your faux Christmas persecution complex. If anything, I wouldn’t mind our culture turning its back a bit on Christmas in order to save it from the clutches of the commercial. Anyone else get the feeling that properly participating in Christmas has become more of a civic and economic duty than a religious one?

I am a little bit interested in the phrase “Happy New Year” though. What are we saying when we are saying “Happy New Year!”? I’ve read a little bit about where the phrase “Merry Christmas” came from and why that particular adjective has become normalized even though we rarely use it in any other setting in modern American English. I’m not really sure how the phrase “Happy New Year” came about. Maybe Dick Clark invented it. I don’t know. It’s become nothing more than an exclamation. It’s the “Dilly Dilly” of holiday greetings. But I suppose in its original intent it is more of a blessing. “May you have a happy new year.”

Everyone obviously wants to have a happy new year and wants others to have one as well. It is a cultural liturgy that we all take a moment on January 1 to express our shared desire for a happy and happier year to come. Some of us even put certain resolutions into place as a means to bring about this blessing of a happy new year in our lives. A happier new year would consist of losing ten pounds. A happier new year would consist of reading more, tweeting less, taking up a hobby, or finally going on that vacation. I’m actually a huge fan of resolutions in general. The fact that so many of us quickly abandon our resolutions is no reason to dismiss the practice in general. It is a healthy thing to be reflective about your life and to adopt new and healthier habits. A new year is a great opportunity to do this.

Losing weight, reading more, getting a different job, spending more time with kids – these are just a few things that might make you happier in the new year. But are there things that we all could/should do in order to have a happier new year? Intuitively, most would say no. Happiness is entirely subjective. There is no easy equation or formula for happiness. But this actually isn’t so.

This article from Arthur Brooks is a little dated (2013), but I stumbled across it recently. I encourage you to take a few minutes to read it. Academics have been studying happiness for some time now. What they’ve found is very interesting to anyone interested in having a happy new year.

It has been found that about 48 percent of your happiness is influenced by your genetic makeup. It turns out that if your parents are inclined to be happy then chances are good that you will have a similar disposition. It is your parents fault! Kind of. Another 40 percent of your happiness is influenced by “one-off” events – for example a promotion at work on the positive side or a divorce on the negative side. These events are very powerful shapers of our happiness for a short period of time, but their effect wears off surprisingly quickly. The happiness levels of a person in a new job are simply not the same in the fifth year that they were in the fifth day. So about 88 percent of our happiness is influenced by things outside of our control which means the other 12 percent is under our control. That might not sound like a lot. But how many of us would turn down the opportunity to get a 12 percent raise at work or to have 12 percent more vacation time or to be in 12 percent better physical shape? 12 percent is a lot. And it’s under our control.

Within this 12 percent, there are various factors that increase your likelihood to be happy. Politics and gender for instance – conservative women are much more likely to be happy than liberal men. (Only about 20 percent of liberal men are happy versus 40 percent of conservative women.) But the four factors that most contribute to the formula of happiness are faith, family, friends, and work. The happiest people according to research are those with a living faith in something or someone greater than themselves, those who have connections with family and friends, and those who find meaning in their work.

What this would seem to indicate is that the formula for a happier life is almost embarrassingly traditional.

A couple of points of clarification. I am well aware that “going to church” is not the same thing as faith. But I think it’s a safe thing to say that a faith divorced from the community of faith will not be living for very long. Second, as Brooks points out in his essay, finding meaning in your work has almost nothing to do with income or affluence. There is no research that supports the notion that the richer you are, the happier you are. Finding meaning (or taking pride) in your work is much more about a mindset than a paycheck.

Hidden within this research might be some sort of explanation as to why depression and anxiety are at all-time high levels. There is no doubt that our culture – particularly young people – is suffering from an epidemic of depression and anxiety. At the risk of making a statement too sweeping in its scope, we can say “Happy New Year” but we are really struggling to figure out how to have a happier new year. I know that the causes of depression and anxiety are complicated and personal, but I can’t help but wonder if one thing contributing to this epidemic is that this formula for happiness – faith, family, friends, and work – is being rejected by so many people. It is traditional, unrealistic, old fashioned, irrelevant. It’s so Frank Capra.

Younger people are also much less inclined to get married and start families. You can see the graphs I’ve posted below which come from Scott Winship. Starting in the 1960’s the trends in marriage, sex, and child bearing began to shift dramatically. Birth rates have now hit record lows in the United States. People are choosing to live lives without children or lifelong spouses. I’ve heard all of the reasons that are offered for this trend and find very few of them to be convincing. It is simple really. Young people are placing priorities in other places. Family just doesn’t matter compared to other desires.

Even our friendships are becoming more shallow. Having good friends is essential to our well being – something that middle-aged men particularly neglect. But in a digital age we are increasingly substituting virtual relationships for embodied relationships. Social media has allowed us to carefully curate our community. Whatever marginal thing I’m interested in, I can find a group of like minded people online to offer me support and some measure of community. If I’m a flat-earther – I can abandon the alienation I feel “in the real world” and instead occupy a digital world of fellow flat-earthers where I can feel normal. I’ve seen this quite a bit with atheists online. Many are alienated from their friends and family because of their strident atheism so they seek out and find digital communities who share their beliefs and offer support. The problem with this is that it strips away the most essential characteristic of a good friend – embodied presence. There is good evidence that supports the idea that the more we live our lives on social media, the more isolated and depressed we become. The real world is good for us even if it does challenge and sometimes even alienate us. And real, physical, three-dimensional friends who can offer real hugs and real presence are always better than the digital kind of friend.

And lastly, work. Gone are the days of a person graduating from high school or college and working for the same business or even in the same industry for the next 50 years of his or her life. We don’t live in those days anymore. We now live in uncertain times full of constant change. Students are taking out more in student loan debt with even less guarantees about the future. Romantic notions about work (if they ever existed) have been extinguished. Very few people see their work as their life. Work is seen by many as a mere drudgery that we have to do so that we can get on with our lives when we aren’t working. I would agree that seeing your work as your life is far from healthy. But it’s also not very healthy to see an activity that demands so much of our time and energy as radically disconnected from the lives we are living. Finding meaning in your work doesn’t have much to do with how much you make or even what you do. Finding meaning in your work has everything to do with a mindset that believes your work matters. When a person loses the sense that his work matters in any substantial way, he is much less inclined to be happy – no matter how secure his job or how much money he makes.

So here’s the point. It’s a new year. It’s a time for reflection and resolutions. These are all good things. But if you really want to have a happier new year here’s what the research seems to indicate: Find ways to invest in your faith and your local faith community this year. Stop serial dating and settle down. Buy that ring. Stop worrying so much and make that baby that you’ve been talking about. Limit your social media and make regular efforts to reconnect with the three-dimensional people in your life. Go out of your way to go out of your way for your friends and family. Ask yourself hard questions about your work. Why do I do what I do? Is there a higher purpose and meaning in my vocation that I have been missing? Have I allowed the paycheck to dictate my mindset? Do these things and this time next year chances are you’ll realize that you did have a happy new year. 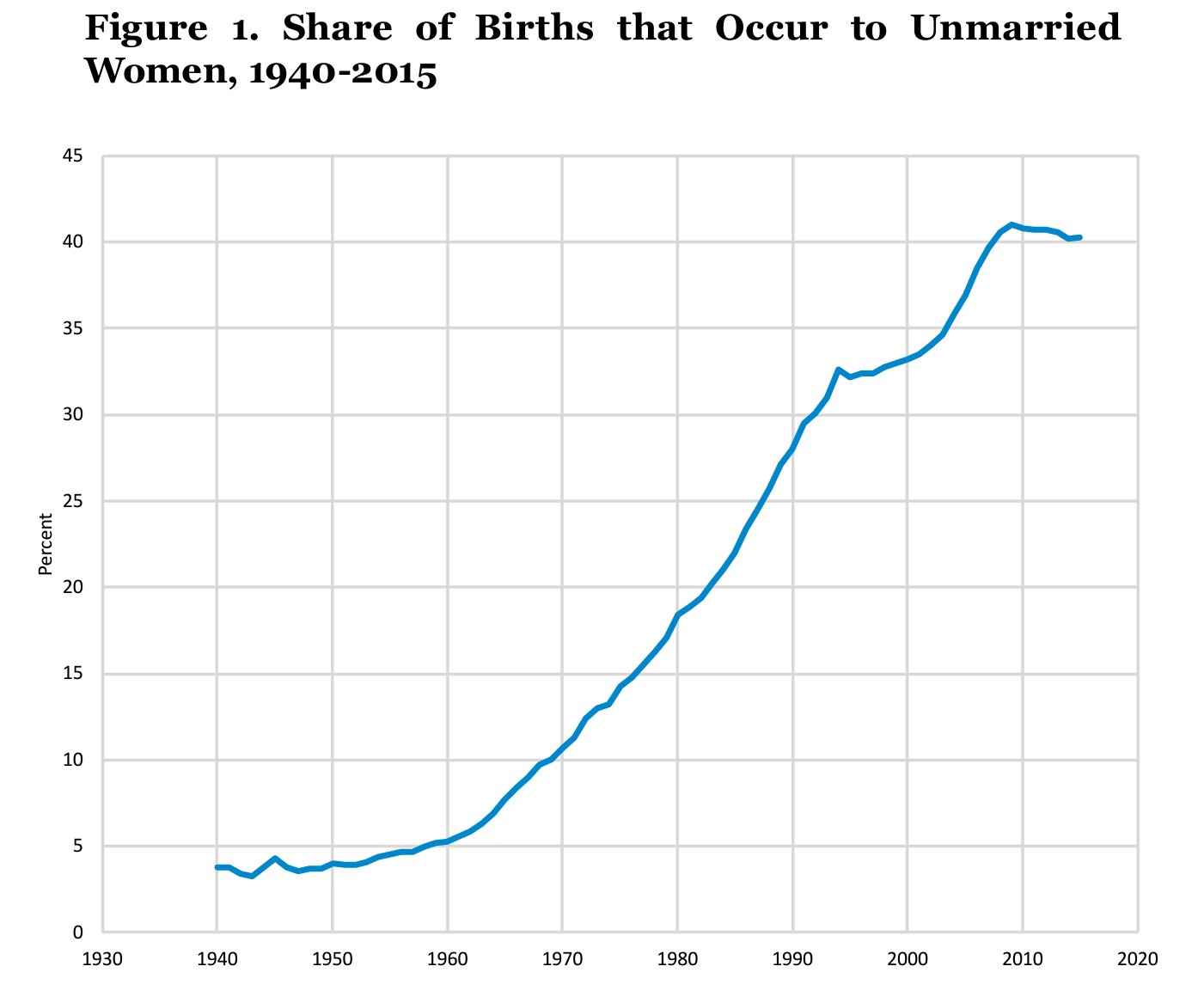 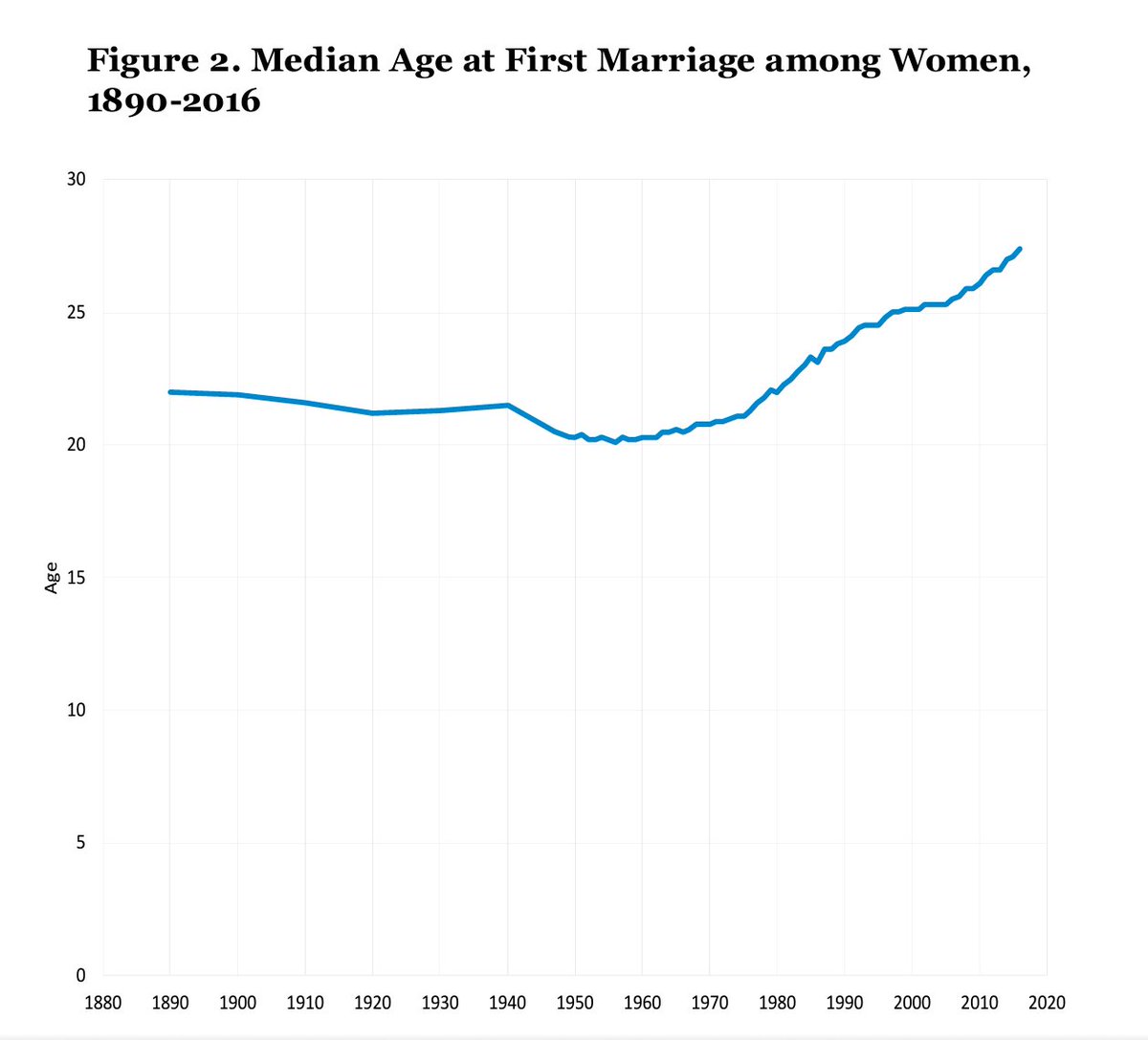 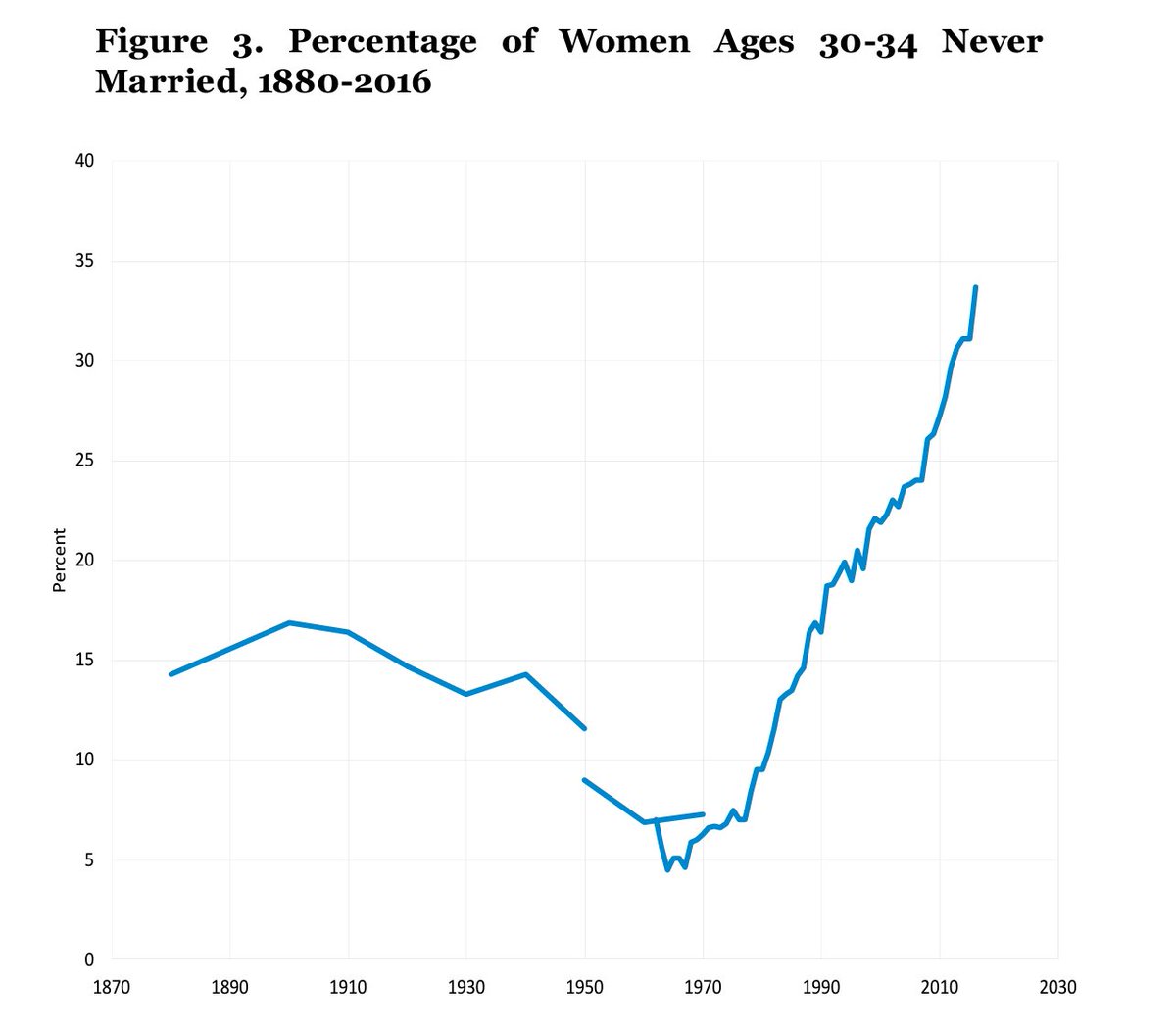 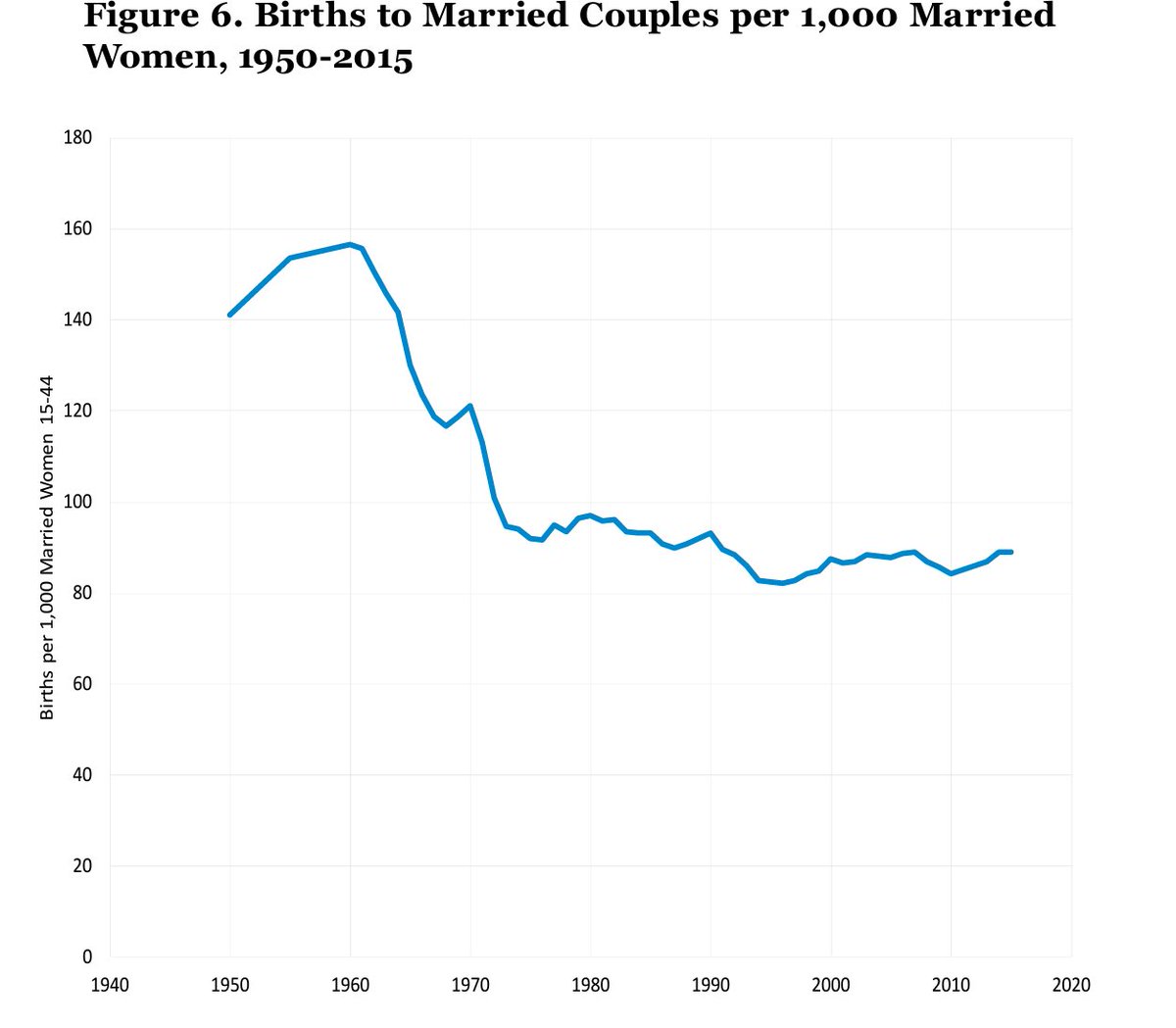