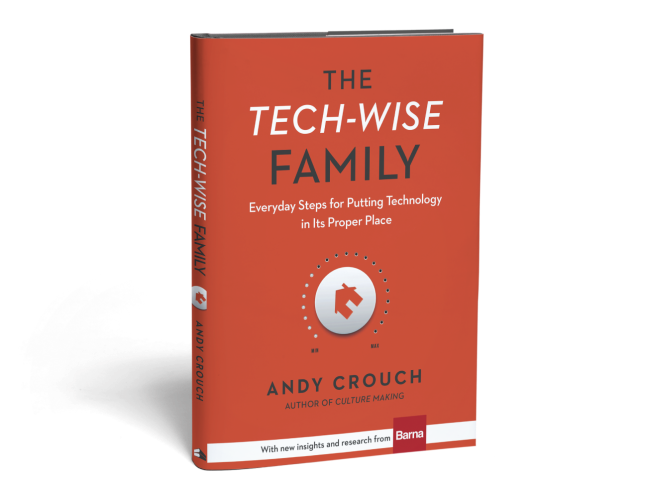 One of my favorite moments of the summer happened just last week. Some of my favorite memories growing up involved summer vacations spent all over the country sleeping in an old (air-conditionless) pop-up camper. My parents indoctrinated us with the belief very young that this is how “real families” vacationed. We weren’t soft, hotel-people who needed things like air conditioning and TV. We vacationed the way that Jesus would have intended – we roughed it. And I loved it. I loved starting fires. I loved playing catch with my dad after camp was set up. I loved campfire meals and roasting marshmallows. I loved being able to look up and see the stars at night. I loved being able to see amazing things like Yellowstone, Mt. Rushmore, Gettysburg, the Rockies, the Tetons, and the Lincoln Memorial. I was shaped by those trips.

This summer we invested in an old pop-up camper just like the ones I remembered from my childhood (with the exception that this one had to have air-conditioning). We hitched it to the Ragsdale Swagger Wagon and drove to Texas for family vacation. Driving down the road I heard myself say things that I’m sure I heard my dad say: “Kids, this is how the Ragsdales vacation.” “We’re not resort people. Ragsdales are campground people.” 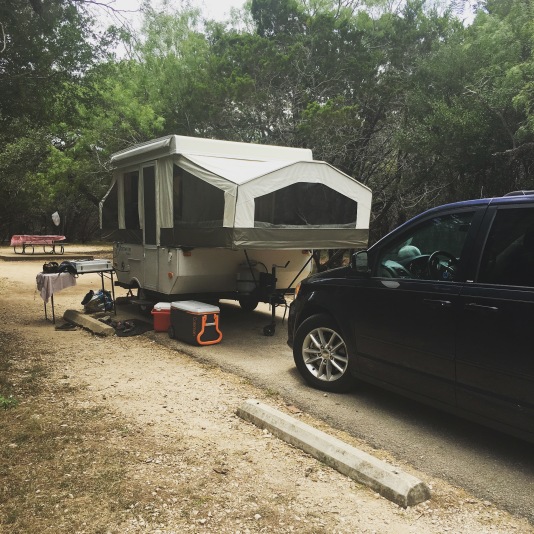 We pulled into Pedernales Falls State Park outside of Austin and set up camp. We made fires. I played catch with my son. We roasted marshmallows and gaped at the stars and named the deer that hung out at our camp site (Kris and Bryant). We went hiking. We went swimming. We played cards together. We got stinky and sweaty together. It was awesome. This was all facilitated by one reality: the utter lack of technology. There was no cell service, no WiFi, no televisions, no Twitter, no YouTube, no Netflix. There was barely electricity. It was fantastic. It was a cleansing breath of fresh air to be honest.

One of my favorite moments did actually involve technology though. We were sitting around the campfire. My phone was in my pocket, but was useless for virtually everything except for playing music. I started playing some songs and watched as my daughters and my wife began an impromptu dance party right there around the fire and underneath the stars. The moment was filled with genuine joy and I won’t soon forget it.

After about a week of camping, our family went to another location in Texas where I was speaking for a Christ in Youth conference. The conference was on a college campus. It grieved me just a bit when we rolled onto campus and before we were even out of the van, my kids were asking if I knew the WiFi password. The spell was broken.

I was thinking a lot about this partly because while on vacation I had the chance to read Andy Crouch’s new book called The Tech-Wise Family. Technology and it’s effect on the human condition is something that really interests me. I wrote a short blog piece about it here. And I’ve always love Andy Crouch. His book on culture is one of the best I’ve read on the topic. This book is a relatively short, practical guide on how families can keep technology in its place. (I should mention that the book is also supplemented by research conducted by Barna related to the relationship between families and technology. I found some of the research interesting, but mostly it felt intrusive in the overall message of the book.) Crouch is not anti-technology. But he does believe that parents and families living in the world today must critically evaluate what technology is doing to them. Wise families always evaluate the types of things that they let into their homes – whether it is the type of company we keep, the type of food we eat, or the type of media culture that we expose ourselves to. So why is it that we are not more critical about the influence of technology on our homes and especially upon our children?

Crouch is a master of discernment. His writing consistently demonstrates the uncanny ability to look beneath the surface of the obvious to discern and evaluate the true meaning of things. His definition of technology is one example of this discernment. Technology for him consists in the “easy, everywhere” nature of the tools that we have created. For all of documented human history, mankind has made tools to enhance our power. But those tools always required a certain amount of expertise to use well. They were also typically located in a specific place. For instance, tools have been created to craft fine furniture, but those tools required skilled use and were located in a specific spot – a factory or a workshop. That’s not the case with modern, digital, mobile technology. The technology is easy to learn and to use whether you are nine or ninety. This technology is also literally available everywhere (unless, of course you are the type of family who likes to camp in out-of-the-way places). This easy, everywhere technology is having a profound and often negative effect on virtually every aspect of our lives.

One effect is that it has reshaped our work/rest rhythm to life. Work has been replaced with toil. This is not the type of toil that we would historically associate with hard labor. In fact, a great number of vocations today are largely non-physical because of easy, everywhere technology. But there is something toilsome and tedious about simply pushing around 1s and 0s all day. My daughter recently drew of picture of her dad at work. The picture consisted of a stick figure sitting behind a laptop. It almost made me cry. I love my work, but the part behind a glowing rectangle is the least fulfilling and most tedious part of the job. It also is becoming a bigger part of the job every passing day. Easy, everywhere technology has also made it impossible for many people to ever really leave their work. Work is always just a tap away.

And rest has become leisure.  Crouch defines leisure as rest that has been purchased from someone else’s work for our own entertainment or rejuvenation. In other words, our rest is not creative or active. It is passive. Rest has been replaced by Netflix. As such, our rest does very little to contribute to our flourishing or our family’s flourishing. Despite the popular conception, the number of people who use easy, everywhere technology for creativity is dwarfed by the number who use it for simple diversion and leisure. And even the creativity promised by our technology is so easy and asks so little of us that it is virtually useless. (Think for instance of the difference between learning to play the guitar and learning how to use a guitar app on your device.)

Technology is good at serving human beings. It even–as in medical or communication technology–saves human lives. It does almost nothing to actually form human beings in the things that make them worth serving and saving.

So it could be that the proliferation of technology, especially screens, at earlier and earlier ages, may well be remembered as one of the most damaging epidemics of the twenty-first century.

Crouch offers several practical suggestions for putting technology in its place in our homes. For example:

Crouch is not saying that every family should have the same commitments when it comes to technology. But I think that he is saying that every family needs to have the conversation and come up with its own commitments to keep technology in its place. This is a conversation that the Ragsdales will have before the end of summer – before the smell of the campfire has completely been forgotten by us.

This better way involves radically recommitting ourselves to what family is about–what real life is about. Our homes aren’t meant to be just refueling stations, places where we and our devices rest briefly, top up our charge, and then go back to frantic activity. They are meant to be places where the very best of life happens. No matter what advertising says (even those beautiful, tear-jerking Apple ads), the very best of life has almost nothing to do with the devices we buy. It has a lot to do with the choices we make, choices that our devices often make more difficult.